TAP Windows Adapter V9 (What it is and should you remove it?) The short answer as to what the TAP Windows Adapter V9 is in the device manager, it is a small piece of software (actually a virtual driver) that allows a VPN such as OpenVPN, Proton and others to tunnel the internet traffic remotely to their server through what is called a tunnel.

How to remove the TAP Windows Adapter V9

(Be aware that removing the TAP Windows Adapter V9 will stop the VPN from connecting. You will have to re-install the VPN software again to have it function again.) 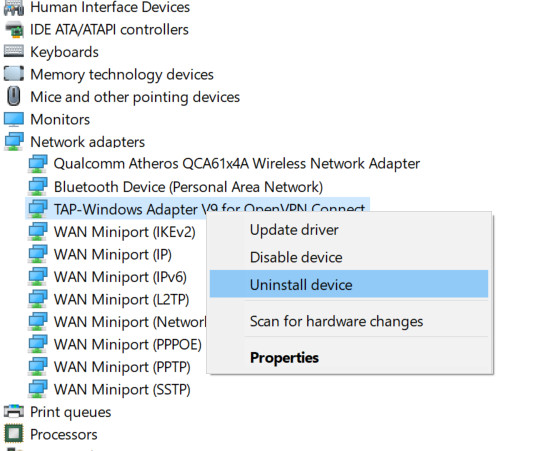 and check "Delete the driver software for the device" and click clicking Uninstall: 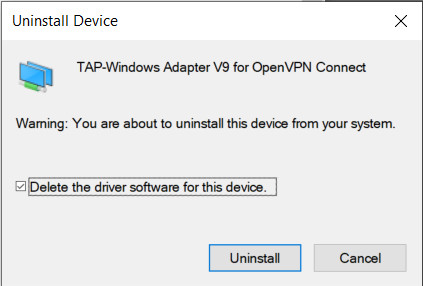 If you haven't installed VPN software on your computer then there may be some suspicious activity going on. If you are on a shared computer there is always a chance that one of the other users of the computer have install this software on their account and they need to have the VPN installed. Windows does have built-in VPN software which cannot be removed. Most people will use a third party VPN software such as OpenVPN as it offers a broader range of options for connecting to a remote network.